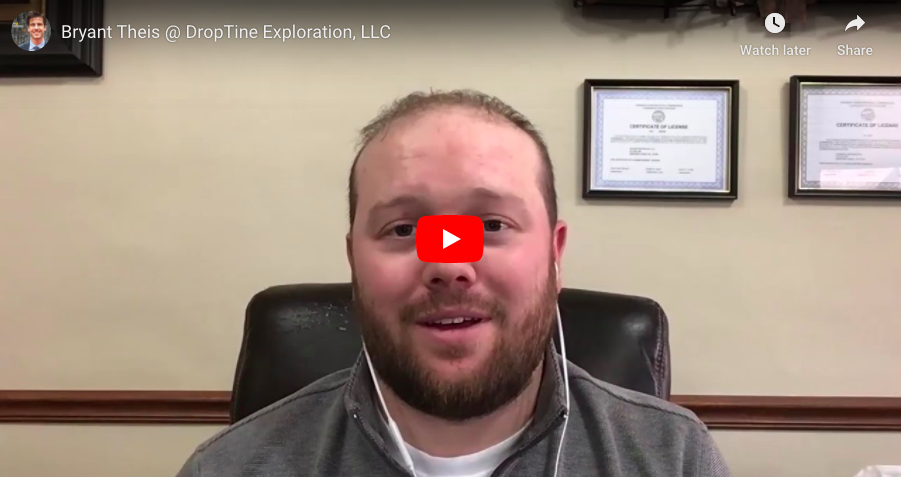 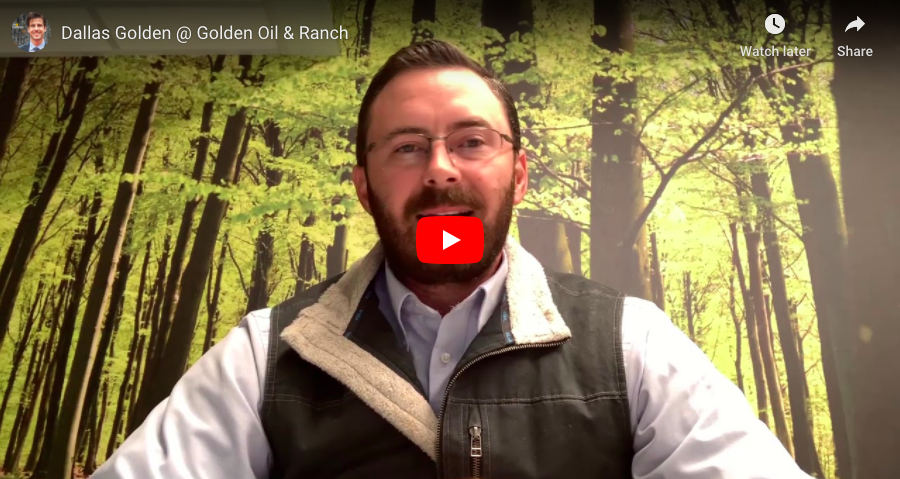 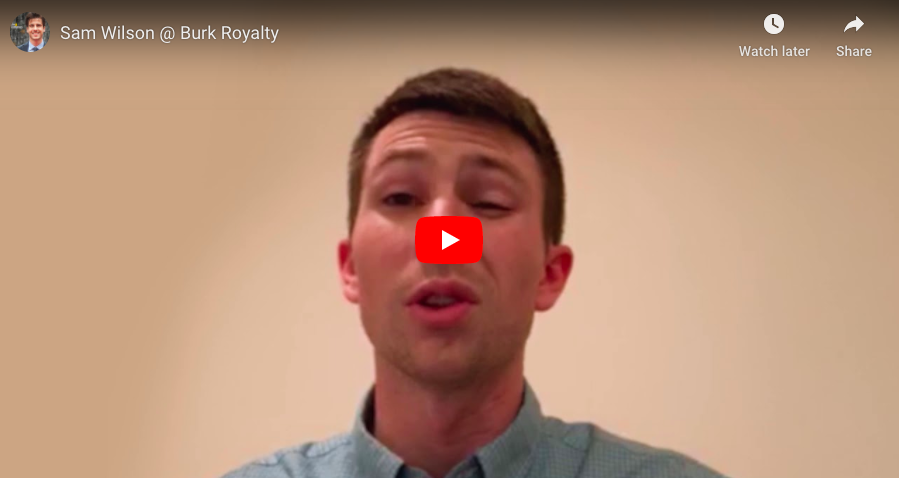 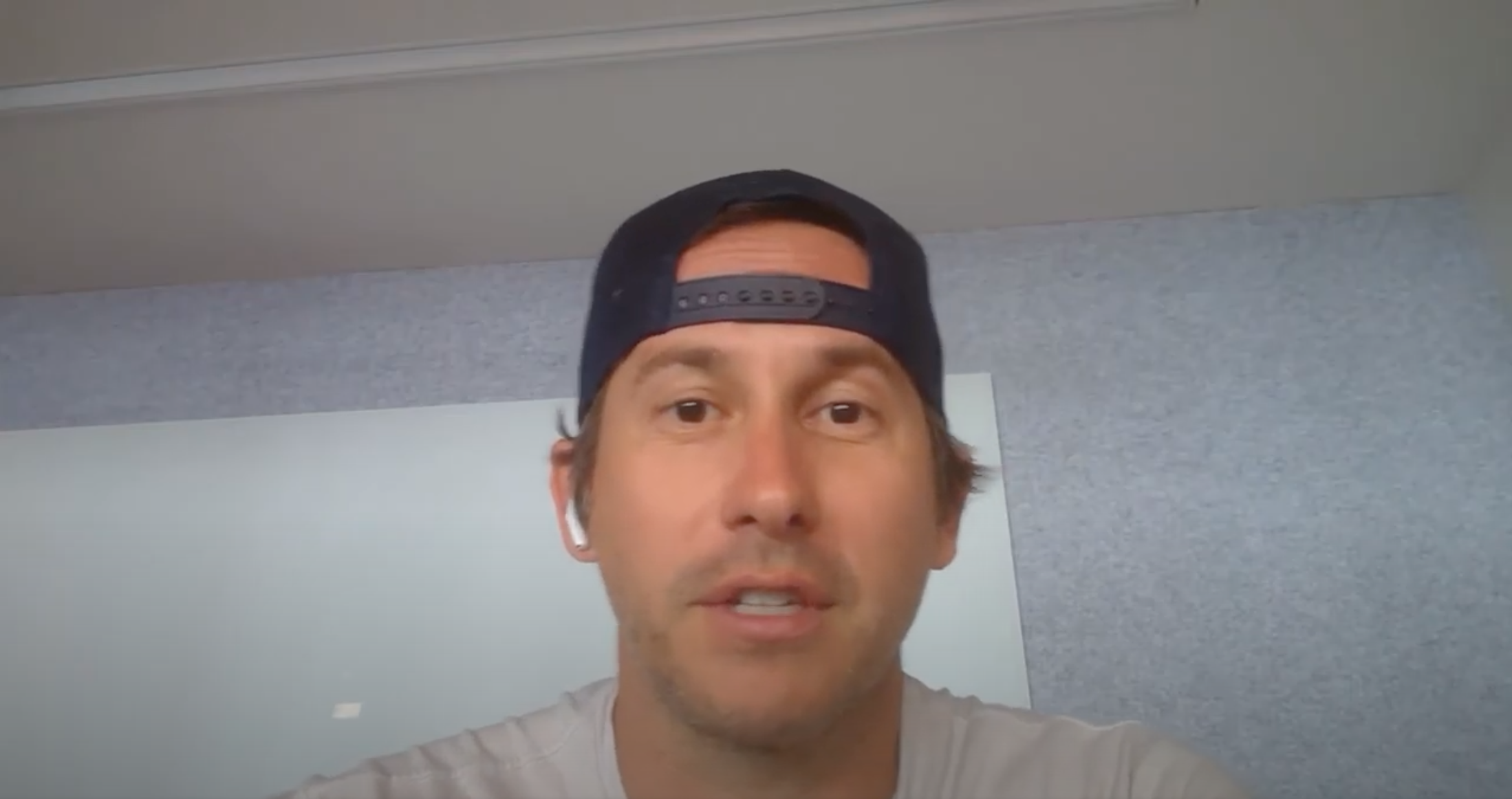 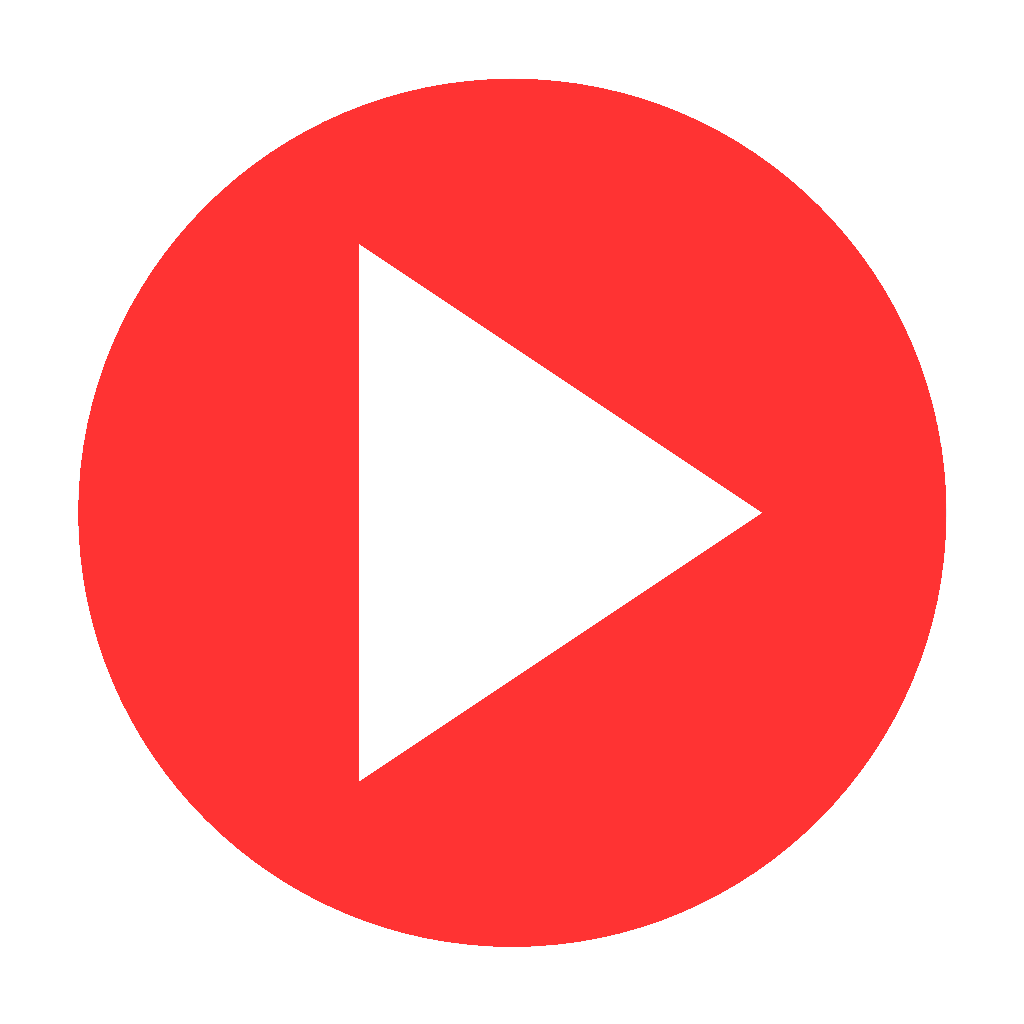 "GreaseBook stands out to me in this industry because of it's simplicity. There are other solutions that purport to do what GreaseBook does – but the ones I looked into were quite complicated.

I wouldn't pause for a second to recommend GreaseBook a colleague or another company who was considering using it... it's so simple and so easy for the field staff to use, I can't see why anyone wouldn't want to give it a try!" 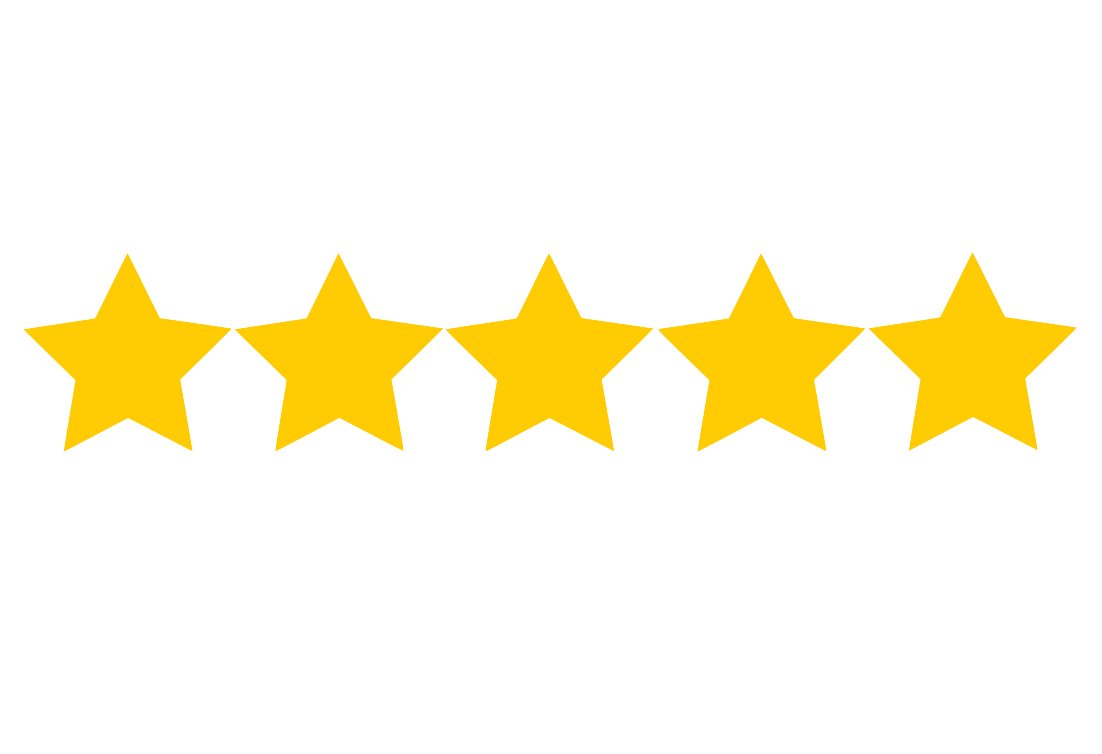 Schedule your demo, and see why

How simple is GreaseBook’s software to use for yourself and your pumpers?

Matthew: GreaseBook software is incredibly easy to use, both for the administrator and for the pumpers. With just a few clicks of your thumb out of the well location or a few clicks of the mouse back in the office, your organization is able to very efficiently and effectively gather all of the production data and all the other daily pumper data that you're looking for.

Matthew: My name is Matthew Ciardiello, and I am the CEO of Popular Resources LLC. Popular Resource LLC is a small independent exploration and production company, and we own and operate the working interest covering popular dome, which is a large geologic structure located up on the edge of the Williston Basin.

The field is located in Roosevelt County, Montana. It's also fully contained within the boundaries of the Fort Peck Reservation.

Popular domes and interesting fields that it used to produce quite a bit of oil over 10,000 barrels of oil per day in the 1950s. And there's still quite a large resource in place in terms of oil in the ground.

And our company is trying to use modern technology to redevelop this field and restore it to production levels that are like what it once produced. I came into the industry from the finance side.

I have a background in investment banking and private equity. But about nine years ago or so, I joined an operating company based in Denver, and as it became more senior and the finance side, I also started to develop an interest in the technical aspects of oil and gas - the engineering, the reservoir engineering, the geology.

And I really wanted to take on a project myself. Which is how, the one of the motivations why I became involved with popular resources. I guess the next question is what I like most about the industry, uh, one of the things I like.

I guess the thing I like the most about the industry is how dynamic it is, both on the financial capital side, but also in the physical sense.

I think all engineering disciplines, oil and gas engineers are probably the most physically dynamic and that they're able to very quickly mobilize or spend capital or invest capital by drilling wells, constructing facilities and doing it married quickly, not quite on the fly, but doing it in a very doing it in a very quick pace relative to other other industries.

And I quite like that dynamism about the oil and gas industry.

What was it like before you started working with GreaseBook?

Matthew: From a production and revenue accounting standpoint, our oil field is probably the most complex oil field out there that you could find. It's a federal unit that unitizes both tribal allotted and FVC’s as well as that produce from several different formations.

Quite a number of tank batteries, both within and without or outside of that unitize production. And so prior to GreaseBook, it was quite a nightmare for us every month to close out our production accounting and our revenue accounting.

It was a process that was driven in excel, but it was just very tedious. Most tedious, obviously, is collecting the data on a daily basis and GreaseBook has greatly streamlined that.

It streamlined the accounting for field tickets or sales tickets when oil is sold. So, before GreaseBook, quite a difficult time for us closing out the monthly production.

That day of the month, I really did not look forward to it. With GreaseBook, we probably saved 6-8 hours, at least on our monthly close. It's quite a streamlined process.

What specific problems were you trying to solve with GreaseBook’s software?

Matthew: When we began a search for a software solution that resulted in us going with GreaseBook, the problems we were trying to solve were several. The primary one was a reduction in time that it took for a pumper to record his information and move on to the next well.

Previously, our pumpers were writing down their information, their gauge readings, they were then going to a doghouse somewhere and doing calculations and then inputting that into a spreadsheet or calling in the production readings to a clerk who was then recording them in Excel.

So one we were looking for a solution that would cut down on the time it took for the pumper to do that. Two, in that process of transmitting data from a piece of paper written down at the top of a tanker in a truck to a clerk back in the office and recording into excel.

There's a lot of potential for error and so we were looking for a way to input data once and have it flow through to the end of our process without ever having to manually re-enter. On both those accounts.

GreaseBook has certainly solved our problem 100%.

What makes GreaseBook stand out from other industry software you’ve seen or worked with in the past?

They were tied into accounting softwares that we didn't use and therefore made them probably more complicated that they needed to be for our purposes.

GreaseBook is so simple, it is designed around the pumper out in the field who has to record the information, and I think that's probably the strongest point.

It's easy to use for the pumpers, and it's easy to use then for the people back in the office because of its ease of use it's relatively full proof and accomplishing whatever attempts to do, which is recording gauge readings and other field data and getting him back to the office efficiently.

What was the obstacle that almost prevented you from working with GreaseBook initially?

Matthew: For us at Popular Resources, there really was no external obstacle for us in converting to GreaseBook. We were looking for a solution that would reduce time for our pumpers in getting information to the field.

And we were looking for a solution that would cut down on the potential for errors and transmitting data multiple times back to the office.

And on both accounts, GreaseBooks seem to deliver them from the get go. I think the only obstacle for us was the fear of change and how easily adapted this solution would be by our field staff, some of whom are, you know, of a generation that did most things on paper.

But actually, in the end, it was received, and taken up very quickly by our field staff at all levels, with no resistance, really.

And after a month, we were completely done with the old way of doing things on paper.

What has exceeded your expectations and surprised you the most since working with GreaseBook?

Matthew: GreaseBook does a really great job on the customer service side. They are very good about listening to feedback and recommendations from their customers on what could be improved, and they seem to be very responsive to that.

They recently rolled out an update to their software that I quite like, particularly at the administrative portal side. And so I, they definitely matter.

Exceeded my expectations when it comes to the customer service and being responsive and letting their customers help them improve their product.

If a colleague or business associate was on the fence about trying GreaseBook, what would you tell them?

Matthew: I wouldn't pause for a second in recommending GreaseBook to a colleague or another company that was considering using it. And, it's done. It's been a great solution for us.

I think it will continue to improve and make our lives even easier. And I, again, it's so simple. It's so easy for the field staff to use that really, I can't see why anyone wouldn't want to give it a try. And I would have no problem recommending it.

How is the usability of the GreaseBook app- How do you use it- computer, tablet, phone- or all of the above- Talk a little about how you use the app and where?

Matthew: The GreaseBook app is very easy to use, whether you're using it on a phone, a tablet or a computer. I personally use it on all three since I'm the administrator that does go in and collect information at the end of the month at the computer reporter level.

I also use an iPad, sometimes to go in and edit tickets or correct some items that need to be corrected at the end of the month. And I do refer to it on my phone on a daily basis to check production, so forth.

I know from feedback from my field staff that they have no problem using it. I mean, within a day or two of them taking it up in the field initially, the different aspects of the app itself that the pumper level were well understood and there really was no issue in training people. It's almost self evident how to use it.

What type of results have you seen while working with GreaseBook?

Matthew: I think the biggest result we've seen with GreaseBook is really just a reduction in frustration around the whole production and revenue accounting cycle for us.

Our field staff is generally more well adjusted when they don't have to do a bunch of paperwork by hand and call in things or open up a computer and type in data.

And, at the office we’re much less frustrated at the end of the month, doing the tedious work of compiling all the production information.

So generally, GreaseBook has made our lives much easier through that whole cycle and reduce frustration for us.

Do you think the GreaseBook app is cost-effective for small and mid-sized independent oil and gas operators? Why?

Matthew: I think GreaseBook is absolutely cost effective for really any operator, whether small, medium or large.

And really, you know, I think you make your money back just in the time spent at the end of the month.

You know, the time saved at the end of the month when you don't have to do a bunch of tedious work in excel and the time saved throughout the month and handwriting data down or calling it in or punching it into a computer.

So between your field staff time and your administrative time at the end of the month, you're absolutely money ahead in my view.

And I don't see how that wouldn't be the case for anyone else.